As 2023 unfolds Senseless Shootings and Unnecessary Acts of Violence should not come as a shock to anyone in the U.S.A. For the Last two decades The number of people being killed by the hands of others have consistently risen. Prepare for more deaths and shootings in public places Like bars, night clubs and groceries stores. 2022 ended with 684 mass shootings which averages out to just less than 2 mass shootings a day.

Our young adult population are purchasing guns at levels never recorded in history and our state and local authority’s are issuing out FOID cards and concealed to carry licenses to whom ever have the time to take the one day course.Make no mistake about it, Gun violence is here to stay and we should expect the worse case scenario before things get better.

Drugs, alcohol, social Media, homosexuality, Radical racism and the lack of knowledge are the driving force behind all senseless acts of violence being duplicated and replicated by our youth and young adult population.

Black on Black Violence is extremely high especially in poor neighborhoods. Black constituents all over America complaints are going unheard. Politicians on both sides of the isles are using black voters as pawns to win elections. What’s most disturbing is the black voters commitment  to the democratic party who has setback and watched the black family disintegrate. Neighborhoods close to metro areas in all majors cities where black and brown people lived for decades are now being gentrified and minorities are being pushed to the suburbs where theres a lack of hospitals, grocery stores, jobs and opportunities.

The recent recognition of America’s Mental Health issues and  the lack of resources and doctors is also drawing concern. The few people who are lucky enough to get treatment are being treated by people who have never experienced any of the symptoms. Who are these Doctors and psychologist and who taught them how to treat patients and victims suffering from a disease that our top universities have ignored sense their inception.

This is almost laughable for us to expect America’s universities to have the knowledge to cure and treat the needed. The leading cause of death in America in 2022 was Suicide, which means that there was a lack of resources for people seeking help. Our doctors who are not  smart as people think they our. Prescribed more deadly medicines than ever recorded, Prescriptions are flying of the shelf, people are overdosing in records numbers, the opioid pandemic is in full effect, pharmaceuticals are quietly raking in hundreds of billions monthly. People are walking and laying around like zombies.  The attitudes of people are so nasty that it makes you not wanna trust anyone. I went to a recent graduation Ceremony at EIU (Eastern Illinois University) December 2022, and i’ve never witnessed anything like this in my life.  Out of the nearly 200 hundred students who received master degrees 98 percent of them were from India. I witnessed only 2 Americans receiving a master degree.Im still horrified. 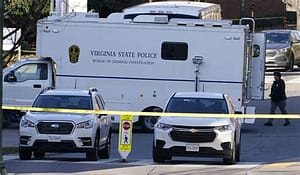