Growing concerns of Hate groups and the easy access to guns has reached numbers never seen in America.  According to the Southern Poverty Law center (SPLC), an Alabama-based monitoring group. Hate groups are expanding at a rapid pace in America. Since 2014 hate groups operating in America grew by 20%. Whats even more alarming is that people are joining these groups at younger ages, (SPLC) also reported that 2017 was the first year since 2009 that hate groups were documented in all 50 states. Which means that theres a strong likelihood that your local grammar school, high school and university has been infiltrated. You don’t have to be a rocket scientist to know that these groups are fully armed and expecting confrontations. As reported, “Hate Groups” or people affiliated with “Hate Groups” are more likely to carry out a mass shooting. Another interesting fact about 90% percent of the members of the over 950 different hate groups that have been identified as active and operating in the U.S don’t have criminal backgrounds. Which makes it easier to purchase weapons in bulk, undetected. Stronger gun control laws wont have any barrens on the these groups, most of these hate groups  have stocked up with AR-15’s and tons of ammunition, God knows how many other deadly weapons they have at their disposal.

Everyday, all around the world media and news outlets are reporting acts of violence, war and murder. We have become bombarded with stories of people using excessive anger as a means of solving their issues.These types of incidents seems to be rapidly spreading and growing all across every continent of the world. We must prevent this type of behavior from destroying everything we love. Lives in harmony  proven solution to resolve any issue without using violence as the means, is the best tool available. Help us reach out to schools ,community organizations, corporations and governments to share our resources to prevent acts of excessive anger from destroying the people and the things we love.

Help lives In Harmony reach out and provide programs, activities and education to kids and young adults all around the world promoting the importance of living in harmony with each other.

You may have missed 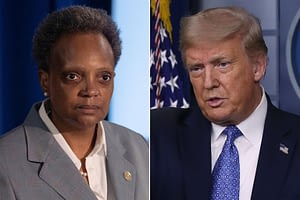 America is the Mass shooting Capital of the World