How often do we see or hear positive, encouraging and meaningful Tv ads, digital ads and billboards that promote peace and harmony amongst us? Every day we’re bombarded with reports of violence,  rumours of war, strife and division amongst our local and foreign elected officials.  The world is becoming less civil and more dangerous, for most of us, the thought of not owning a weapon is becoming frightening. In 2018 American citizens spent over 13 Billion dollars on Gun ammunition. that’s the most during any time in American history. These tell- tell signs are indicators that people are not solving their problems peacefully.

How do we get people to be civil toward others

Eradicating unnecessary acts of violence is gonna take an undiluted effort. Promoting Civility has to be an endeavour similar to Mcdonalds, Google, Apple and ATT exercise to get billions of people to buy in. These conglomerates spent over $230 billion dollars on advertising. Mark Zuckerberg founder of Facebook the advertising juggernaut earned $39.9 billion in ad revenue in 2017. Real-time marketing is an integral part of any successful business over 3 million advertisers are sharing their message via Facebook. 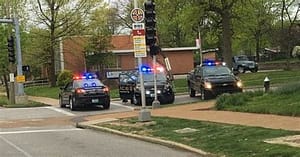