In the first 5 days of 2023  there has been 10 mass shootings in 10 different  states throughout America. The use of violence to resolve issues seems to be the method for most people. As Predicted by lives in Harmony The uptick in unnecessary Acts of violence has continued into the new year without missing a beat. It doesn’t matter what State or neighborhood you live in, guns are accessible to everyone. Our elected officials and lawmakers are fully aware of it but cant do anything about it. We have family members killing family members, friends killing friends, neighbors killing neighbors, Party goers killing other party goers, mall shoppers killing other mall shoppers. The violent nature of people have never been this prevalent. The people who are sworn in to protect and serve don’t even feel safe. The older population is living in fear of the younger generation. The gap between the two has doubled in the last decade. Its imperative that the gap gets closed because the older you get the wiser you become and if our younger people aren’t getting the chance to live longer lives the future wont be so promising.There’s not a day thats goes buy on this planet when theres no one being killed by another human

Where are all the graduates from the best universities in the world. Where they taught anything regarding saving humanity.Its wars and rumors of wars  happening as I write this story and every year MIT, University of Cambridge and Stanford Pass out Degrees to people with dreams and goals to solely enrich themselves. I’ve composed a list of the top universities around the world and i wasn’t able to find one person who received a degree from any of the universities that have made a major contribution to world peace or resolving the gun violence pandemic.https://www.topuniversities.com/university-rankings/world-university-rankings/2023 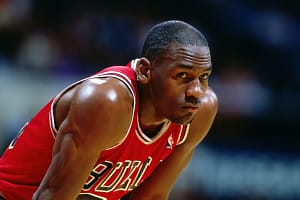