The latest Mass shooting happened at Jennings Senior High School in Sant Louis Missouri on august 29th. the second week of the the new school year. Four people were shot and left with life altering  injuries, but dozens of others who witness the shooting are still trying to recover from the paralyzing mental effect of witnessing the unnecessary act of violence would.

Within the last 48 hours there has been 12 mass shootings in the United state. 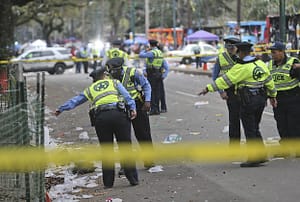 10 thoughts on “The Last 72 hours there has been 12 mass shootings in 11 different states.”